Book Review - First, I Love You 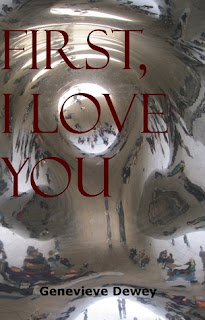 
Source Sent a copy by Genevieve.

Summary…
'First, I Love You' is the first novel in the Downey Trilogy exploring the powerful bonds of family, friendship, and love. After having spent most of his life avoiding his father, Omaha Detective Tommy Gates takes an opportunity to work his first big Federal case in Chicago, the same city where his father, retired mobster Mickey Downey now lives. While battling the increasing meddling of his sister Kiki Downey and his co-workers, Tommy struggles with taking the risk of letting his father into his heart when his world-view is everything Tommy stands against. Just as he is beginning to navigate these issues of family, loyalty and trust, his personal and professional lives collide in a way that could threaten them all.

My thoughts…
The title suggests a love story to me, First, I Love You reminded me so much of Cecelia Ahern’s PS I Love You. However, reading about Genevieve’s passion for organised crime, I figured I was in for a very different kind of story in the first instalment of the Downey trilogy.

The book doesn't quite follow the rules of any specific genre – while the main theme is organised crime intertwined is a story of hatred, love and regret, which pleased me greatly. Some may say that you cannot have a story about warring Mafia families, crime and murder with stories of love thrown in, but I think in this instance it really worked.

The story is told from the viewpoint of six main characters: Tommy, Mickey, Mark, Kiki, James and Ginny. Each chapter is told from the view of a different character with each one following on from where the previous have left off. Each character is introduced at a steady pace allowing you to get to know one before another is added into the mix, instead of just throwing them all in at the beginning. For me all of this worked perfectly, as each character plays a highly important role within the story and by constantly changing the narrative, the story is allowed to move at a much faster pace.

The story is completely believable. You have Mickey, a famous gangster who has an affair which results in the birth of his first son, Tommy. Mary loves Mickey dearly but wants the complete family so she does what she believes is the only way to do this and turns to the FBI. Mickey wants nothing more than to be a part of Tommy’s life, but he must do everything possible to keep his two loves safe and that is to let them go. 20 years later and a “retired” Mickey also have Kiki and Joey to keep safe now while Tommy is a Detective working to bring down one of his father’s associates. With so much history, it is no surprise that things don’t go quite to plan.

I am a huge fan of chick lits and crime thrillers and this book brought my two loves together. On one hand you have two new loves beginning, you have an old one rekindled and you have the love between a father and a son – you then have the nitty gritty child sex ring, gangland murder and Mafia feuds.

One thing that Mary says really stuck with my throughout the whole book, “why did no one never know the answer to these things until after the milk had been spilt?” The book poses so many questions, with some being answered and the others leaving you on the biggest cliff-hanger dying to find out how it will all end.

If you are a fan of Harlan Coben that I would definitely recommend First, I Love You. Such a fantastic debut novel from Genevieve Dewey, I cannot wait to see what else she has in store for us.

You can buy the book from Amazon now.